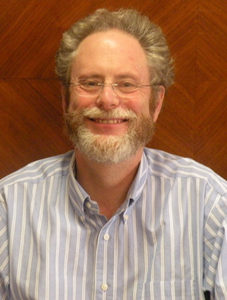 We study the regulation of mammalian iron metabolism by iron regulatory proteins (IRP). IRP1 and IRP2 sense changes in cellular iron status and determine the fate of 9 mRNA encoding proteins the control the uptake and metabolic fate of iron. Recent work from my lab and others has shown that IRP1 also has a major impact coordinating iron metabolism and red blood cell formation, the largest use of iron in the body. IRP1 does this by controlling the translation of HIF-2 mRNA which encodes a transcription factor essential for the adaptive responses to iron deficiency and hypoxia (e.g. anemia). HIF-2 protein controls transcription of the erythropoietin (Epo) gene and Epo is the primary driver of new red blood cell formation. IRP1 is a repressor of HIF-2 mRNA and mice lacking IRP1 overproduce HIF-2 and Epo. IRP1 deficient mice develop polycythemia because the increased Epo drives new red cell formation. Humans with mutations in HIF-2 that stabilize it or those that hyperactivate Epo signal transduction mechanisms develop polycythemia. Our mouse studies provide a model for understanding this human disease but also for the normal developmental regulation of Epo as the consequences of IRP1 deficiency are strongest during postnatal development. Our future studies in mice will also focus on the rare Epo producing cells in the kidney which are crucial for linking iron and oxygen status to Epo production. We are currently developing genetic models in mice to allow us to manipulate gene expression in Epo producing cells and develop means for isolating these cells for further study.

We also study the mechanisms through which IRP1 and IRP2 selectively control the fate of the 9 mRNA they target. Interesting deficiency of IRP1, but not IRP2, dysregulates HIF-2 mRNA translation. In contrast, the other 5 mRNA whose translation is controlled by IRP respond to deficiency of IRP2 but not IRP1. We focus how difference in structure of the so-called iron responsive element (IRE) to which IRP bind may dictate hierarchical changes in translatability of the mRNA. We also study the role of associate translational control elements found in the 5’ UTR of HIF-2 mRNA to understand how these elements “interact with” the IRE to influence mRNA translation rate and sense different physiological signals.

We also study how cells control the biogenesis of Fe-S proteins because RNA binding by IRP1 is controlled by insertion or loss of an Fe-S cluster in the protein. Recent work from our lab showed the existence of a regulatory network between IRPs, the cytosolic Fe-S machinery and FBXL5, a ubiquitin ligase that controls the stability of IRP proteins.