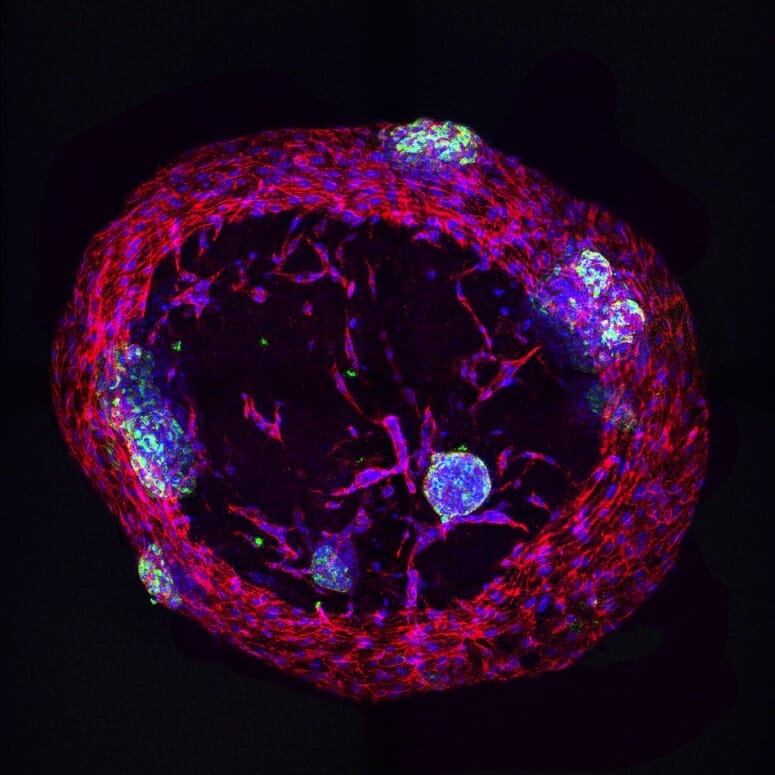 CMB students Ani Michaud and Dan Tremmel were both winners of the 2019 UW-Madison Cool Science Image Contest. Only ten images and two videos by University of Wisconsin–Madison students, faculty and staff have been named winners of this year’s contest, so this is quite an honor! Ani was recognized for her image of a blue buoy barnacle, a crustacean that makes its own flotation device for sailing ocean currents. Along with Jiaye “Henry” He, graduate student in the Department of Integrative Biology, Ani also won an award for a video depicting waves of proteins undulating throughout a single frog cell preparing to divide into two frog cells. Dan (along with undergraduate student Vansh Jain) was recognized for his image of insulin-producing cells growing in a gel designed to keep them healthy for transplant into diabetes patients.