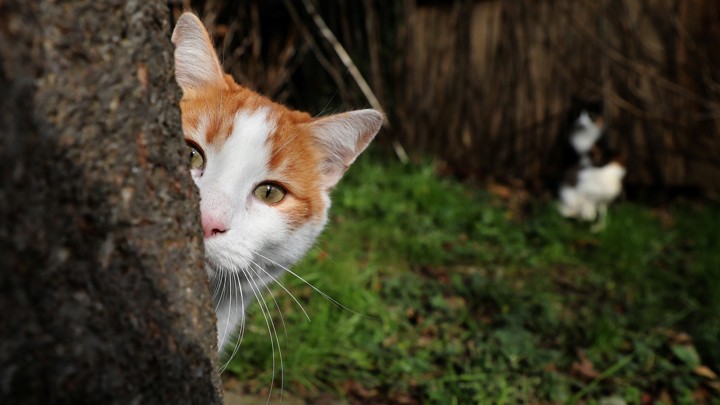 Of the many parasites known to control the mind of their host, none is more famous than Toxoplasma gondii—the single-celled organism known colloquially as Toxo. It can survive in a variety of animals, but it only reproduces sexually in cats. If it gets into mice or rats, it alters their behavior so they become fatally attracted to the scent of feline urine. They get eaten, the cat gets infected, and Toxo gets to make more Toxo.

Toxo infects more than a third of the world’s people, spreading through undercooked meat or food or water contaminated by infected cat waste (but not through direct contact with cats). In most cases, the parasite is harmless, and much-hyped claims that it affects human behavior are weak. But it can also pass from mother to fetus, causing blindness, developmental problems, hydrocephalus, and other disabilities. There is no vaccine or cure, and research has been generally slow and difficult, which Toxo’s cat-dependent life cycle doesn’t help.

To study Toxo, researchers need large stocks of the parasite, which means raising, infecting, and sacrificing cats. For almost four decades, that unenviable task fell to a small USDA lab in Maryland, but the agency recently decided to shut down the facility after pressure from animal-rights activists. That’s good news for the cats, but bad news for the already sluggish quest to learn more about Toxo.

Now Laura Knoll of the University of Wisconsin at Madison has thrown her fellow researchers a lifeline. Her team finally worked out why Toxo only has sex in cats. It then used that knowledge to break the species barrier, allowing the parasite to complete its life cycle in mice for the first time. The study is available online and is set to be published in a scientific journal after three reviewers described it as “truly remarkable,” “transformative,” and “a key breakthrough.”