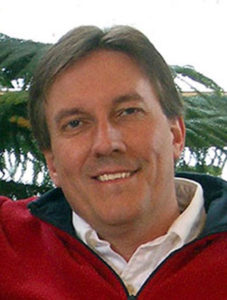 The goals of the Anderson lab’s research are to understand the biological roles of cell signaling and the underlying mechanisms by which receptors, cell stresses and second messengers modulate specific cellular processes. The research is currently focused in two broad general areas.

Signaling pathways that control cell proliferation, autophagy and cancer. This research is focused on signaling pathways that regulate multiple cellular processes including cell morphogenesis, migration, growth and differentiation. A major focus is on phosphoinositide lipid messengers. This is within the focus is on the role of growth factor and integrin receptor signaling pathways that controls the morphogenesis, proliferation, migration and cell death with an emphasis on downstream signaling and membrane trafficking of receptors. These pathways are fundamental to most cancers and this work is translated to several cancers by collaborations with other groups.

Signaling to the Nucleus and gene expression. We have discovered and pioneered the investigation of novel nuclear signaling pathways that ultimately control gene expression. Within the nucleus that there are phosphoinositide lipid messengers pathways at nuclear compartments that are separate from known membrane structures. We have shown that nuclear phosphoinositide pathways control the 3’-processing of mRNAs, activation of select transcriptional pathways, and modulation of pathways that posttranslationally modify nuclear proteins. Most recently we have discovered that both wild type p53 (a tumor suppressor) and mutant p53 (an oncogene) are control by phosphoinositide lipid messengers and this regulates all aspects of p53 function. These nuclear pathways are fundamental to all aspects of cellular function and are important in many human diseases.

ALSO A TRAINER IN THE FOLLOWING PROGRAMS: