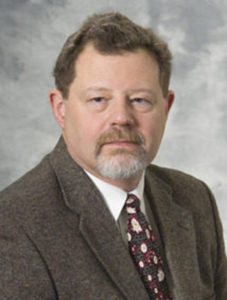 1) Injection of viral gene delivery vectors into the eye triggers an inflammatory response. We are trying to identify the trigger so we can block it. Currently we are looking at several pro-inflammatory cytokines such as IL-6. In addition, we are making viral delivery vectors for several labs on campus.

2) Herpes simplex virus (HSV) causes blinding keratitis (inflammation of the cornea) and we are interested in identifying genes in the virus that contribute to severe infection. Recently, we demonstrated that multiple genes are involved and have identified a number of novel mutations in several viral proteins. New sequencing technology allows us to rapidly sequence an entire HSV genome in about a week. This allows us to directly compare virulence characteristics in animal models with the sequence of several strains to identify disease associated markers.

3) We have an active program of antiviral drug discovery and development and have worked with several companies. We have also identified novel antivirals. One was isolated from an edible mushroom that grows in Wisconsin. This novel protein appears to block several previously unknown steps in viral infection. The second group of antivirals is a series of peptides that block virus entry into cells. The peptides block HSV, Papillomavirus, HIV, and vaccinia virus. We have also shown one peptide blocks Influenza including bird flu strains. We are also using peptide based strategies to study protein function. We are currently developing the peptides as novel microbicides to block sexually transmitted viral infections. The peptides are also being used to study the poorly-understood process of viral entry.

4) Gene therapy for ocular diseases. We are currently developing vectors to deliver anti-apoptotic genes to retinal ganglion cells that die in glaucoma. We are also studying microbial proteins that disrupt actin filaments for their ability to reduce intraocular pressure (IOP). Increased IOP is the single most important risk factor for glaucoma.