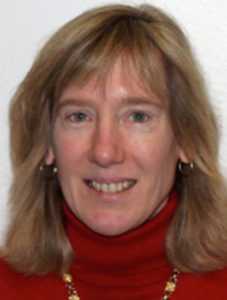 The focus of the work in the Griep lab is on determining how certain tumor suppressors regulate epithelial cell proliferation and differentiation in vivo and the mechanisms through which disease occurs when these factors are rendered nonfunctional. The specific tumor suppressors of interest to us have included the product of the retinoblastoma susceptibility gene and two PDZ domain containing proteins, Discs-large 1 (Dlg-1) and Scribble (Scrib). We use a variety of genetic, molecular, cell biological and embryological techniques, including transgenic and knockout mice and related tissue culture systems to study this issue, primarily in the mouse eye as our model system.

Studies many years ago showed that functional pRb is essential for normal cell cycle regulation and lens differentiation, at least in part through its ability to repress the activities of the E2F-1 transcription factor. Other studies showed that pRb along with its family members are required to maintain normal cell cycle regulation in the progenitor cells in the lens epithelium.

The current work in the Griep lab is to elucidate the mechanisms through which epithelial cell shape, adhesion and polarity (both apical-basal and planar cell) influence cell growth and differentiation. These studies are focused on understanding the roles of two PDZ domain containing proteins, Dlg-1 and Scrib in mouse development. In Drosophila their homologs are known to be neoplastic tumor suppressors that regulate adhesion, cell polarity and proliferation. However, very little is known of the role of Dlg-1 and Scrib in mammalian species. Our recent findings suggest that Dlg-1 and Scrib fulfill similar roles in the lens. In addition, we discovered that Dlg-1 is a regulator of developmental processes in the mouse that are associated with planar cell polarity (or sometimes referred to as tissue polarity) genes. It has recently been discovered by colleagues in the field that the lens is subject to regulation by the Wnt/planar cell polarity pathway. We have discovered that Scrib and Dlg-1 interact with a core PCP protein, Vangl2 and that at the genetic level, these genes interact to regulate the shape of the differentiated cells of the lens, and hence their organization into the overall tissue. Unexpectedly, Dlg-1 and Scrib appear to have opposing activities on cell shape and the activation of Wnt/PCP, suggesting that they act on different factors in a common pathway. Scrib also is required very early in lens development as a suppressor of epithelial to mesenchymal transition. Future work will be aimed at elucidating further the molecular pathways that are regulated by Dlg-1 and Scrib and how they coordinate tissue polarity, cell shape and adhesion with cell proliferation and differentiation.