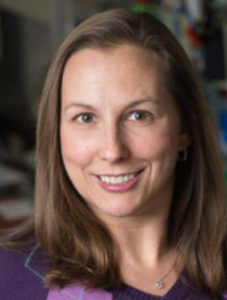 My research interests lay in the role(s) that inhibitory guanine nucleotide binding proteins (G proteins) play in pancreatic β-cell biology. The current focus of my research is a unique Gα subunit called Gαz, which acts as a tonic inhibitor of adenylate cyclase and, therefore, cyclic AMP signaling processes in the β-cell. Cyclic AMP is a potentiator of glucose-stimulated insulin secretion, and has also been shown to stimulate processes that relate to the maintenance and augmentation of β-cell mass, such as β-cell proliferation, neogenesis, and survival. I have shown that mice that lack Gαz are protected from developing glucose intolerance when subjected to a high-fat diet-induced model of insulin resistance and β-cell stress. Gαz-null mice fed a high-fat diet have a significant increase in β-cell proliferation and β-cell mass as compared to wild-type mice, even in a strain that is relatively protected from developing frank diabetes due to a significant β-cell compensatory response. Furthermore, I have recently shown that the EP3 isoform of the prostaglandin E2 (PGE2) receptor is specifically coupled to Gαz, and not other inhibitory G proteins, in the mouse β-cell, and that PGE2 signaling appears to be dysfunctionally up-regulated in the β-cells of diabetic mice.

Moving forward, I will continue to pursue the role of Gαz in the β-cell using three different approaches: (1) Determining whether the β-cell proliferation phenotype of the Gαz-null mouse can prevent, delay, or reverse the loss of β-cell mass observed in of type 1 and late-stage type 2 diabetes; (2) Characterizing the pharmacology of the EP3 receptor in the normal and diabetic β-cell, and (3) Translating our findings from mouse models into the human disease by determining whether the levels of circulating PGE2 metabolites predict the responsiveness of human diabetic patients to GLP-1 therapeutics and human pancreatic islets to an EP3 antagonist. Overall, I have a variety of active and exciting research projects that CMB graduate researchers could take on and drive forward.