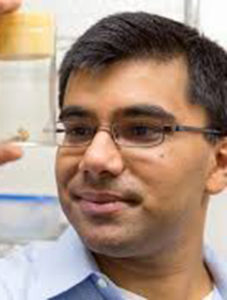 To resolve the evolutionary origins of arachnid respiratory organs, my lab is conducting misexpression experiments to de-repress legs on posterior segments of two arachnids, with the prediction that respiratory organs will be homeotically transformed to legs if they constitute derived walking appendages. To determine whether parallel evolution of aerial respiratory systems results from repeated cooption of the same gene regulatory network (GRN), gene expression assays will be performed in eight arthropod exemplars to compare spatial distributions of nine candidate genes known to be required for establishment of the Drosophila tracheal tubule system. To assess functional correspondence between GRNs, misexpression experiments will be conducted in two arachnid and three pancrustacean exemplars for each of five genes critical to the Drosophila tracheal specification GRN. To investigate the patterning of the arachnid book lung, comparative transcriptomic data will be generated from book lung primordial of spiders and scorpions, toward identifying a set of shared candidate genes involved in book lung morphogenesis for further functional screening.

This approach will address whether parallel evolution of aerial respiratory systems (a) required repeated cooption of the same gene network, or (b) was achieved by de novo recruitment of genes to assemble networks unique to each terrestrial lineage. The resulting data set will thus provide a robust framework for understanding the combined effects of phylogenetic distance and morphological convergence on the integrity of gene regulatory networks over time.