UW-Madison genetics professor Chris Hittinger co-authored the study describing the breakthrough. He continued his wild yeast research in Wisconsin, and a few years later, he and a team of students found Saccharomyces eubayanus in a park near Sheboygan, Wisconsin. It was the first — and so far the only — time the species had been identified in North America. “Because Saccharomyces eubayanus has been so rarely isolated from the wild, this is really a unique opportunity for study,” Hittinger says. “It seems to be very rare.”

With Wisconsin’s legacy of German immigrants and strong brewing tradition, testing the yeast’s potential for beer-brewing was a natural fit. And there’s a local food angle there, too. “You locally source barley and hops, but this is an example of a locally sourced microbe,” Hittinger says. “That’s an angle people aren’t often thinking of.”

In its wild, undomesticated form, Saccharomyces eubayanus is not particularly well-suited for industrial-scale brewing. Not much was known about its genetic mechanisms initially, but researchers eventually discovered that the traits relevant to beer brewing are dominant and can be reconstructed in the lab. Since the discovery, researchers in Hittinger’s lab have been working on isolating wild yeast strains and creating hybrids, crossing Wisconsin-native strains with ale strains. “We’re essentially replaying the process of hybridization that occurred hundreds of years ago in some Bavarian cellar,” Hittinger says.

Through experimentation, researchers are starting to get a clearer picture of which genes are implicated in producing traits like cold tolerance, rates of fermentation and the production of flavors. Much of the microbrewing resurgence has focused on hops as a flavoring agent, but different strains of yeast can produce strong flavor differences as well — the traditional German weissbier gets its signature smoky clove flavor from isoamyl acetate, a compound synthesized by yeast. Wild yeasts also tend to produce a crisper, cleaner flavor than domesticated strains, Hittinger says 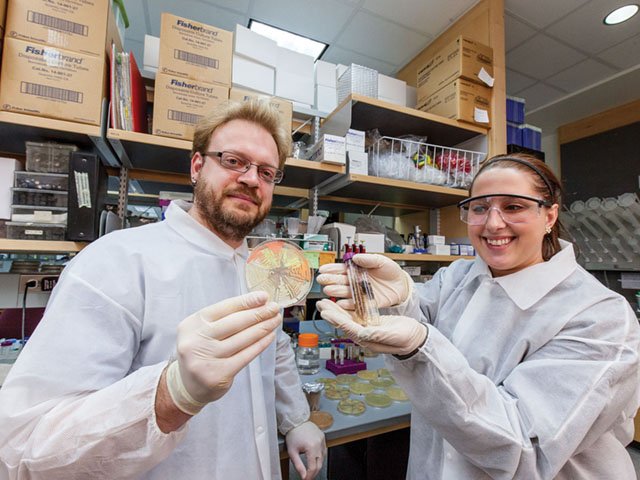