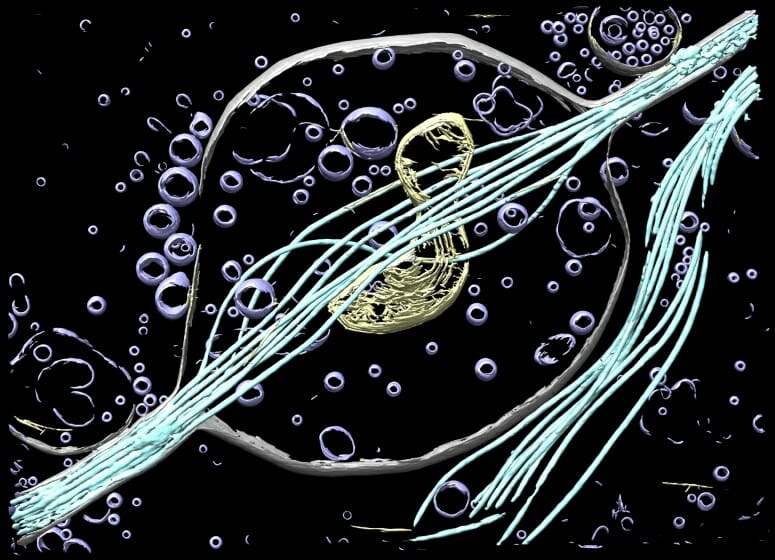 A national research initiative announced yesterday will place the University of Wisconsin–Madison at the forefront of a revolution in imaging fostered by cryo-electron microscopy and cryo-electron tomography — technologies that can illuminate life at the atomic scale. Two CMB trainers, Elizabeth Wright and Robert Kirchdoerfer, are involved in the initiative.

The National Institutes of Health will provide $22.7 million over six years to create a national research and training hub at UW–Madison that will give scientists across the country access to this game-changing technology.

Cryo-electron microscopy (cryo-EM for short) is a method used to make images of biological molecules that are flash-frozen to capture them in their native state. No dyes or other alterations are needed to view the structures, which gives scientists a highly accurate picture of true biological function. Scientists can peer into the very surfaces where drugs and proteins interact, where diseases occur, and where viruses orchestrate their attacks. Cryo-EM has the potential to impact every corner of medicine, from Alzheimer’s disease to vaccine development, protein and cellular engineering and many other areas across all aspects of life sciences research.

One important specialization and focus of the national center, cryo-electron tomography (cryo-ET), dramatically extends the atomic scale illumination of cryo-EM by making images of the precise three-dimensional molecular locations where diseases and potential therapies interact with cells. This combination provides an unprecedented level of detail about the structure of living organisms.

“One of the most exciting parts of the project will be bringing new investigators into the cryo-ET field,” says lead investigator Elizabeth Wright, a UW–Madison professor of biochemistry and affiliate with the Morgridge Institute for Research. “This will help everyone in biological science research because discoveries made here will have the potential to be translated into new therapeutics and drug targets that benefit humanity.”